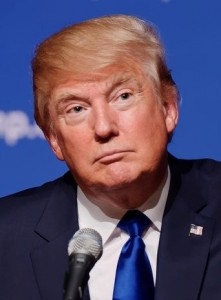 Donald Trump’s ideas are widely recognized as not just hateful, but idiotic.

And yet the conventional wisdom in most of the media is that, all the same, “he’s a smart guy” — after all, look how successful he is. Even his liberal critics, including the very smart Rachel Maddow, give him credit: Trump may have no principles, but he obviously has brains.

A related line of thought holds that as a smart guy, he must know that what he’s saying is wrong in every way, so he can’t actually believe it, and must be saying it for purely political reasons.

But where is the evidence that he actually is intelligent? If he is, he also must be one of our most brilliant actors, because he’s completely convincing as a lout.

I suspect the reason so many journalists assume he’s only pretending to be stupid is that few of them know much about business — including how to judge business success.

1. Many journalists seem to think that making a lot of money is evidence of high intelligence. But anyone who’s worked in the corporate world can tell you different. Some senior executives are really smart, but many are more or less average. As research has shown, drive and social skills often count more than brains do.

You may have heard the old saying about college: It’s a place where former A students teach B students to work for C students.

2. Few journalists seem to understand how Trump makes his money. They accept his self-presentation as a genius builder. But for a long time it’s looked as if what Trump really does is just license his brand (for now).

He does have a talent for being famous, and that’s worth money. If you want to build something, he can make a lot of money by charging you to put his name on it. But that’s the same kind of “genius” that any celebrity shows when they put their name on perfume or sneakers.

3. There’s little reason to assume that Trump actually has nearly as much money as he claims. We have only his word for it — the word of one of the world’s most notorious fabricators. And as he himself has said, his net worth varies depending on how he feels.

Since a lot of his net worth seems to amount to brand equity, that actually, kind of, sort of, makes sense. I can tell you that the Critchley brand is worth not $10 billion — that’s Trump change — but $20 billion. Since I won’t take a penny less for it, I can claim it’s true.

In fact, I think I will. Would you like to loan me a half-billion or so? I have $20 billion in collateral.

4. Speaking of borrowing money, Trump has had to be bailed out repeatedly, with four corporate bankruptcies to his name. If you want to see someone who’s a genius at making money, take a look at the remarkably non-loutish Warren Buffett. As S.V. Dáte has pointed out, Buffett has used his investing acumen to beat the market about 22 times over during the time since Trump inherited a pile of money from his father. Trump, on the other hand, might have done better if he had put his windfall in an index fund and left it alone.

As I’ve watched Trump get cut all kinds of slack for saying the stupidest things imaginable, I’ve wondered if he just comes across as very different in person. Maybe those who have met him know something I don’t.

But Mark Bowden makes me think, “Nah.” For a profile he wrote for Playboy some years back, Bowden spent quite a bit of time with Trump. His impression, as described in the latest Vanity Fair, sure rings true:

Apart from the comical ego, the errors, and the self-serving bluster, what you get from Trump are commonplace ideas pronounced as received wisdom. Begin registering all Muslims in America? Round up the families of suspected terrorists? Ban all Muslims from entering the country? Carpet-bomb ISIS-held territories in Iraq (killing the 98-plus percent of civilians who are, in effect, being held hostage there by the terror group and turning a war against a tiny fraction of the world’s Muslims into a global religious crusade)? Using nuclear weapons? The ideas that pop into his head are the same ones that occur to any teenager angry about terror attacks. They appeal to anyone who can’t be bothered to think them through–can’t be bothered to ask not just the moral questions but the all-important practical one: Will doing this makes things better or worse? [My emphasis.]

Maybe we should take the advice of Maya Angelou: “When people show you who they are, believe them.”

Join Me on Social Media

I’m a producer, creative director and writer, and the managing partner at Boots Road Group, a communications agency for people who are making the world better. More here.